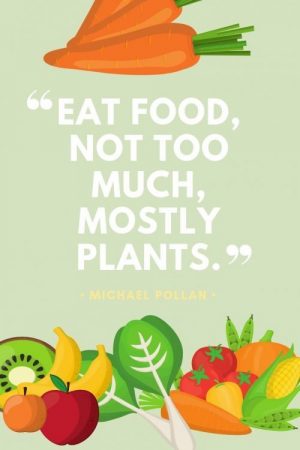 So, I have veered away from talking about food so much these days as I have been approaching health from a different angle as a Health Coach.

However, it is really important that I do share the fundamentals of what to eat, because our diet has such huge implications for our health.

So why is it important? What is the impact of diet on health?

Well, the global burden of disease study shows that poor diet is consistently responsible for more disease and death than physical inactivity, smoking, and alcohol combined.’ This is massive!

I am passionate about preventative health, and there is nothing more powerful that we can do for ourselves than choose to eat a healthy diet!

However, it doesn’t have to be complicated, and we do not need to re-invent the wheel.

The modern food environment and the development of food processing is perhaps the biggest contributor to ill health where food is concerned!

Felice Jacka is a key researcher in Nutritional Psychiatry, and she highlights important findings from the Victorian age. In the mid-1800s the health of the population was very good. Those who lived past 5, had a lifespan like ours now, but the rate of degenerative disease was only 10% of what it is today!

Looking back on their lifestyles, it was clear that they had access to fresh fruit and vegetables, nuts, unprocessed bread, and a little meat. Physical activity was a part of their everyday life, and they were healthy and strong.

However, in 1870 they began to have access to tinned processed meat, tinned fruits high in sugar, and white bread and flour, and the health of the nation dramatically deteriorated. They had stunted growth as they were no longer able to eat nuts and meat as their teeth had decayed from sugar.

Felice Jacka feels strongly that it is this introduction of ultra-processed food that is the leading cause of chronic disease, autoimmune disease, and allergies.

So, this is where nutrition and habit change really complement each other! Eating healthy food is just what I do… it’s a part of my identity and as such I crave  healthy food and am always drawn to the healthier options…. If you start creating consistent healthy habits, you will naturally start to crave healthier foods, and it will just become part of your identity!! So, clear out those cupboards of junk, fill them with nutritious foods, and choose to make healthy your new normal!

Well, to share another famous quote by Michael Pollan,

‘Eat food. Not too much. Mostly plants’

This really says it all. I listened to a brilliant lecture several years ago now by a Doctor who specialised in anti-ageing, and his key recommendations were exactly this; restrict your calories, and eat plenty of fruits and vegetables! ‘ A diet rich in fruit and vegetables reduces cancer via multiple mechanisms via a huge spectrum of phytonutrients.’ (natural health promoting chemicals found in plants)

Scientists have studied many different diets around the world and a Mediterranean style diet has long been recommended. However, they also created the term ‘blue zones’ to describe all the places around the world that have the lowest rates of disease and the greatest longevity.

All these diets differ slightly, but they all have key things in common, namely the inclusion of a rainbow of colourful fruits and vegetables. They are also rich in natural whole, real foods, and lacking in processed and refined, sugary foods. They do eat sugar very occasionally, but only as a treat!

Felice Jacka clearly demonstrated the power of eating a modified Mediterranean diet on our mental health with her SMILES trial. Individuals with severe to moderate depression were split into two groups. One group received psychological support, and the other received psychological support, but were also given dietary support, and ate a modified Mediterranean diet. After just 12 weeks, 30% of the individuals eating a Mediterranean diet experienced a reduction or remission in their symptoms compared to only 8% of the control group. And the level of improvement correlated directly with the amount of healthy choices they made.

She feels strongly that diet and exercise are important modifiable risk factors for depression but also for a whole host of other conditions! And they are both factors that we have all have an influence over!

So, what is so important about fruit and veg?

Well they are rich in a wide variety of  phytochemicals, with their numerous different health benefits.They also have a powerful anti-inflammatory effect on the body. Inflammation is one of the key causes of disease, so eating these foods is just so critical to our health. They are also rich in fibre, which is vital to the health of our gut. Hippocrates is well known for saying almost 2500 years ago that,

‘All disease begins in the gut.‘

A diverse range of gut bacteria is key to health. It helps to regulate our immune system and reduce inflammation, among many other things. Whereas an imbalance in the bacteria in our gut is thought to contribute to allergies, and chronic diseases such as autoimmune disease.

So, if there is just one recommendation I would make when it comes to health, it would be the same every time… eat as many different colourful fruits and vegetables as possible!

Just start by focusing on REAL WHOLE foods and eating that rainbow…. it really IS as simple as that!